Is there really a difference between a title tag and H1 tag? 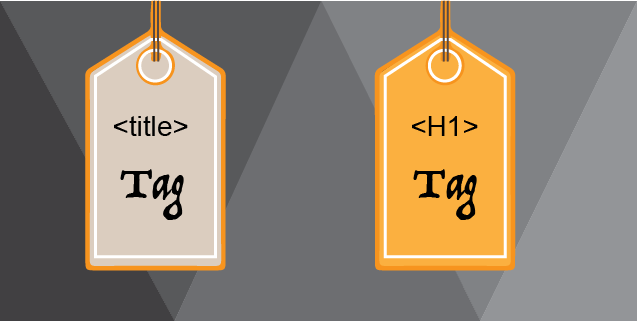 There had been a report with the Google News specifically with the recommendation of making the titles of the webpages and their H1 tags consistent which has urged people to ask if they are required to keep both of them exactly the same or identical.

To get out of this dilemma, it is necessary to know the difference between the Title and the H1 Tags however closely they share commonality between them.

The Difference between a Title Tag and H1 Tag

In the terminology of HTML, a Title Tag is always expressed as <title> and the H1 Tag is expressed as <h1>. Both of them serve as titles so as to describe what your webpage is all about.

Just because both the Title Tags and the H1 Tags share the same purpose, people can easily get confused between the two. Another fact that adds to this confusion is that a lot of content management systems are set up for automatically matching the Title Tags and H1 Tags of your webpage .along with URL. But the content management systems have been set up with the novice user in mind, and not for the people who need to pay heed to the details of search engine optimization so they can rank in competitive market.

The main difference between the two is that while title tags are the elements that get shown up in the search engines. It is basically the hyperlink that web searchers and visitors will click on.   It would also get shown up in the title bar at the top of web browser. It is also the default title that is used when a bookmark is added to the page. Unlike the H1 Tags, the Title Tags do not appear on the actual webpage of the website.

On the other hand, the H1 Tags are the elements that the users and web searchers would get to see on your webpage. It is basically in large text and generally acts as the title for the page.   Unlike the Title tags, H1 Tags usually do not appear in the search engines.

The professional web developers and analysts claim that it is not irrelevant to use both of them as same elements, but one should make the most of the H1 Tags because the website would not be optimized properly if one leaves them the same. The two elements – H1 Tags and Title Tags serve totally different functions as soon as one removes the SEO element.

While with Google News, one would be keen to keep both the Title Tags and the H1 Tags as the same, but when it comes to searching on Google normally, it is recommended to use both of them identically and not completely similar.

So, it can be concluded that using Title Tags and H1 Tags as totally same is not at all objectionable, but one must always try to use them differently because they have different functions especially once they are used without implementing SEO.